Shastri Swami Premswaroopdasji, a follower of Bhakti and Seva is the prime founder of Shree Swaminarayan Vishvamangal Gurukul, Kalol. Swamiji Started his seva as a saint in the Swaminarayan Mandir located at Bhuj. Swamiji spent a period of 17 years in Satsang at this place.

One Gujarati proverb says "Sadhu to Chalta Bhala". Swamiji left Swaminarayan Mandir, Bhuj and arrived at Swaminarayan Mandir, Kalupur in 1985 where he arranged Satsang kathas in the surrounding towns and villages. By humble order of Acharya Maharajshri, Swamiji accepted the services as the Mahant(Head) of Swaminarayan Mandir, situated at Siddhpur and stayed over there for the place Kalol, an entrance of North Gujarat region, and acquired a piece of barren land and dreamed to estalibsh a gurukul providing education, shelter to helpless people and a Gaushala.

The first foundation stone was laid down by Param Pujya Dharm Dhurandhar 1008 Acharyashri Tejendraprasadji in the year 1993. Afterwards Swamiji continued Satsang, kathas and religious meetings in the nearby towns and villages. A school was started in the year 1995, with primary first and then secondary, Higher Secondary, general section, Science section and soon the school flourished.

Swamiji then started B.Ed, PTC, Degree Pharmacy, Diploma Engineering and Degree Enginnering and M.E. colleges at Kalol Gurukul campus. In 2012, a completely modernized Shree Swaminarayan International School was Shunya(Zero), a new world of temple of education was created by this visionary and missionary Sadhu. The temples which has no boundary of religion and caste, where only Goddess Maa Saraswati is worshiped. 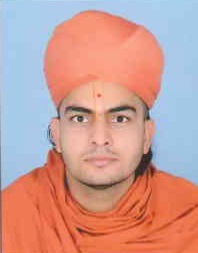 Shree Swaminarayan Physiotherapy College is Beloved Swamiji’s brainchild. He envisioned building a college that would create true global citizens who are not only empowered by adequate knowledge but also carry with them, a sound value system. He always emphasised that the growth of a child had to include and stimulate intellectual, spiritual, emotional, mental and physical growth. At Shree Swaminarayan Physiotherapy College, this is what we strive to achieve.

We believe that education transforms lives and that transformed people can make difference in their societies and in the world by working for tolerance, understanding, justice, equality and compassion. Living and learning in a diverse community allows us to recognise our common humanity and promotes practical understanding. We believe that traditional Indian ideals, values and faith are a solid foundation for life and that among other things these ideals and values encourage a sense of responsibility for ourselves, for one another, and for the world.

Our teaching faculty and support staff are the edifice of this institution. Under their love, guidance and 24-hour care, our students blossom into individuals who become positive contributors to the world.

I extend my best wishes to all the students of the college.